By now you've heard the state of Colorado is one gigantic marshmallow roast. You gotta bring your own sticks, though. The High Park Fire--northern Colorado, near Ft. Collins--is about 75% contained, at a cost of $33 million dollars so far. And that's not even counting the property damage. The Flagstaff Fire--Boulder, home of the University of Colorado and Celestial Seasonings Tea and Shuttles, Spindles and Skeins--is about 30% contained and has grown to 300 acres. The Waldo Canyon Fire--Colorado Springs, near the Air Force Academy--is only 5% contained and has grown to over 18,000 acres. I've lost count of the number of homes destroyed, but I think it's about 500 so far, probably more. There are many other fires but I'm running out of pixels and can't list them all here.

Bad as all this is, it's not the worst part. Oh no. The worst part is the fireworks ban. I am not kidding, y'all. NO FIREWORKS ALLOWED. Not even by professionals. As of today, June 28, in Denver County, there will be no fireworks displays of any kind allowed this year. Ergo, we are skipping the fourth day of July entirely. One day it will be July 3rd, then the next day we go right to July 5th. Watch the video clip if you need proof. "If there's no fireworks, there's no 4th of July! It's just not faiiiiiiiiiiir! These people are professionals. They can take care of any problems that might come up." You know--just like the Titanic. (Fun fact: The Unsinkable Molly Brown's summer house is a few blocks from where I live.) Skip to about minute one of the video and go right to the part that would make Darwin want to smack somebody. 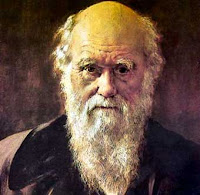 I've been into competitive sports for a while now, for various and stupid reasons, not the least of which is I can eat donuts and drink beer and (usually) not gain weight. Whatever. It's the health aspect that's important. You know, the yin to the yang of the beer and donuts. The trouble is, I've sucked like a Hoover at most of them. Now I know why, thanks to the USOC.

Knitters and crocheters over at Ravelry have been messing with my sport mojo and it stops now because of the hyper-vigilance of a law clerk at the USOC headquarters not a hundred miles from my house. Kismet! I should drive down there today and give them a big, fat wet kiss for being my athletic supporter. But I have a league tennis match tonight, which I will surely win now that my tennis skillz aren't being thwarted by disrespecting commie-pinko-fascist knitters.

Yes, I realize I'm guilty of having "denigrate(ed) the true nature of the Olympic Games," myself but I don't think Ravelry is going to catch on. There's only two million members. It's not like anybody pays attention to it. So thank you, USOC, for saving me from wasting two weeks of my life trying to knit a fair aisle jumper in 23 different colors on size two needles. Although I'm not an *Olym**c-caliber athlete, it's good to know you've got my back.

*The term "Olympic," and any iteration thereof, including any word ending with --ympic, --ympia, --ympiad, and asshat are for the exclusive use of the USOC only. Anyone attempting to use the words, especially people with sharp needles and hooks, will be smote with as much legal bad-assness as the USOC can afford, which is plenty.
at 11:53 AM 6 comments: